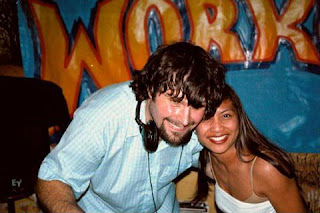 My wife and I were never supposed to be together. We should both be living lives on the opposite ends of the world at the moment and the two greatest creations both of us have ever been involved with, Zach and Hendrix, should not be here. No if’s, and’s or but’s…we were not meant to be had it not been for this little story I like to call ‘The Drunk Mexican Who Puked on the Security Guard.’ 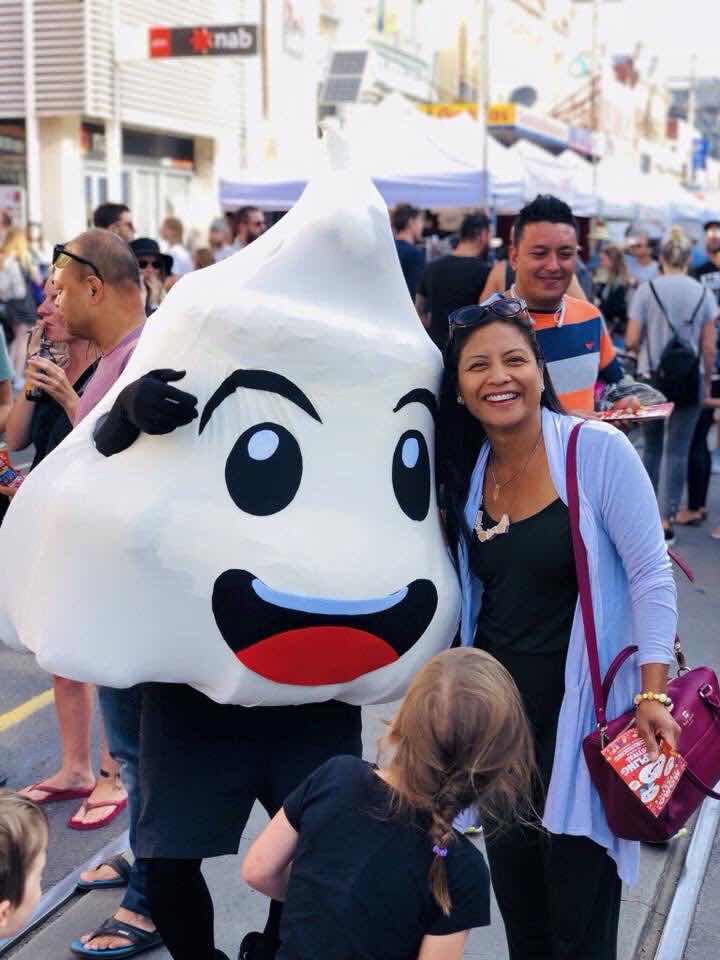 It went down like this:
My mate at uni, Alex Ramirez (the drunk Mexican), just turned 21, which is the legal drinking age in California. We were sitting in our 20th Century History class one morning and he told me he wasn’t doing much for his birthday. ‘Taking it easy’, was his reply when I asked what was on the nights agenda. I told him there was no way he was celebrating this important occasion doing nothing and that I, the mature, older 25-year old would show him a good time since his mates obviously were too piss weak to do so. Alex was a bit of a soft, wallflower, geeky type…so I told him we’d keep it mellow…yeah right! 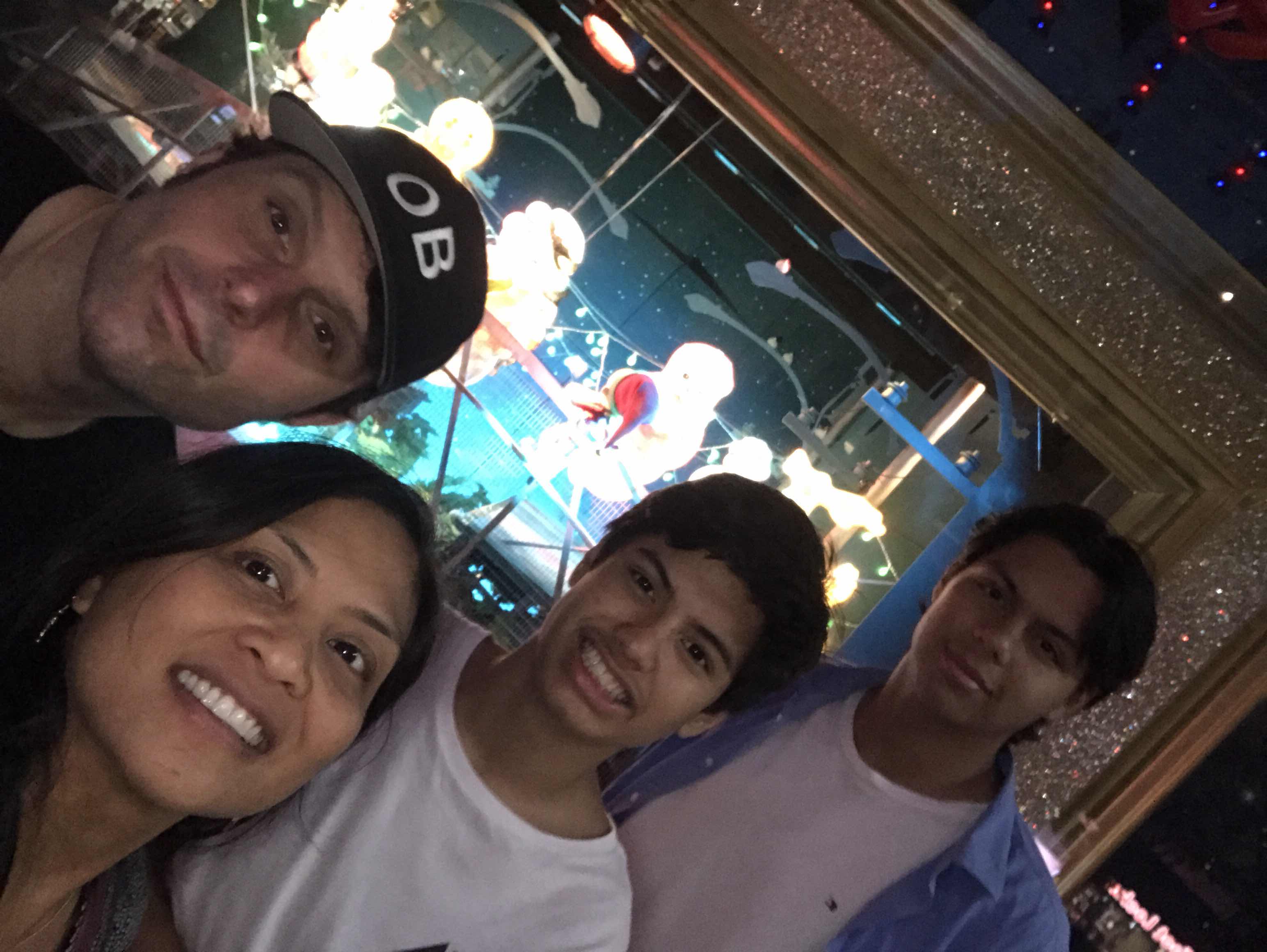 So he showed up to my house that night (about 7pm), which just happened to be in the downtown San Jose area (within walking distance to all bars, pubs and clubs). My entire household of flat mates worked for Costco and all were raging alcoholics, so to say we had an assortment of grog on hand is an understatement. Let’s just say Alex had his first serious taste of drinking within the first hour, as my flat mate Ed and I shoveled 3 rum n Coke’s down his throat and about 10 shots of tequila. Then we decided to hit the bars.

Now you’re probably thinking…when does Joh come into this story? 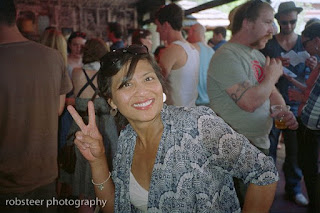 Well, here’s where it gets good…

Since my bands had been playing downtown San Jose for the past 7 years, I knew every club/bar owner and manager. That meant quick entry and free grog at each of the 3 main venues and being that it was Alex’s 21st, they were all happy to assist in his inebriation. By the time we got to the 3rd venue, Alex was toast. It was only 10pm, too. While I was attempting to get Alex one last shot for the walk back to my place (I wanted an early night, as I had class in the morning…I was a good boy), Alex proceeded to puke all over the leg of one of the security guards standing by the bar. Suffice to say, we were all “politely” asked to leave immediately. 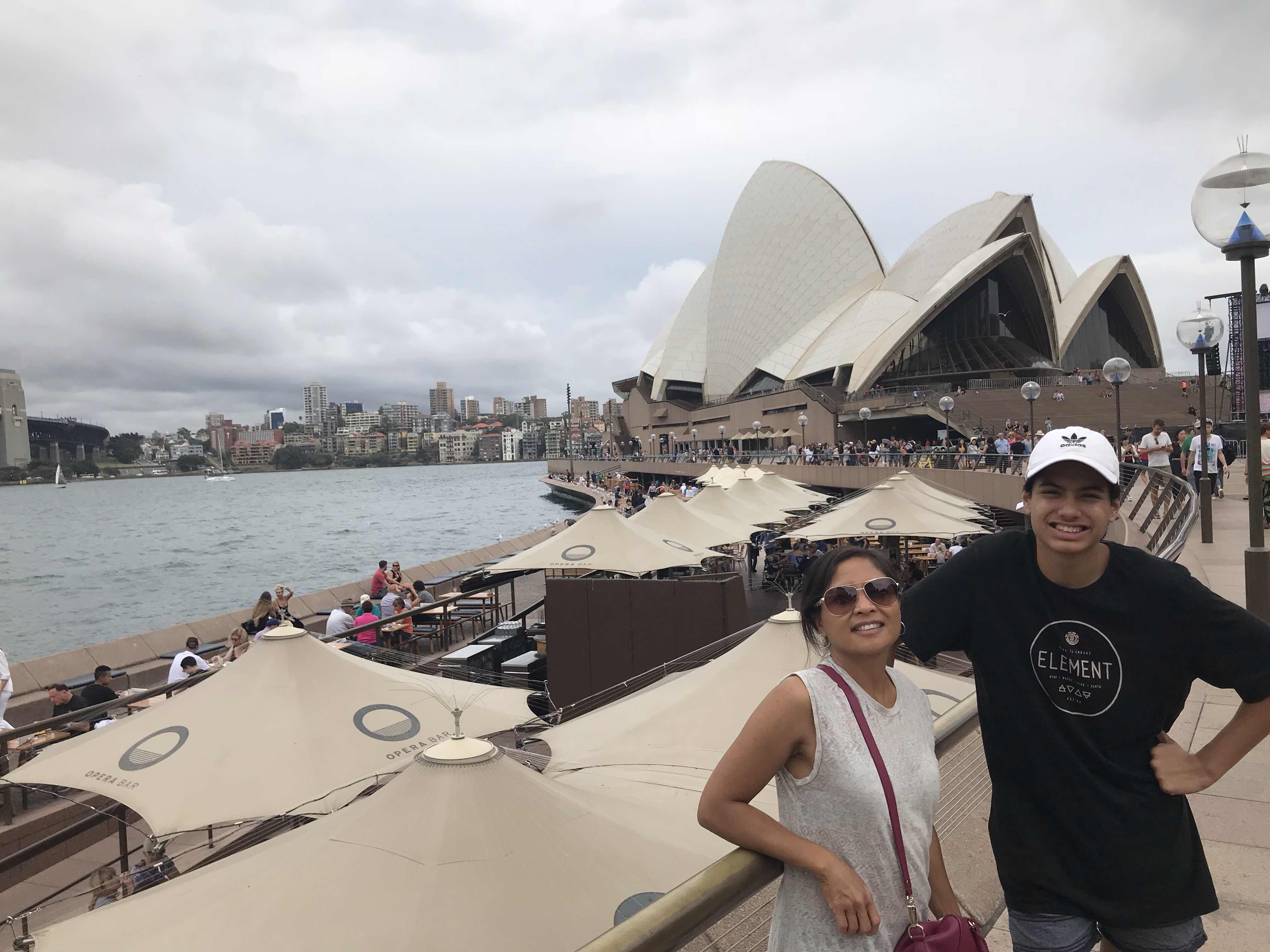 The timing could not have been better for what turned out to be the most important walk of my entire life. Because I had to practically carry Alex home the 10 blocks to my house, which meant a slow walk. This slow walk meant that I just happened to cross paths with mates of mine who were walking down a street going in a different direction, who both stopped to ask why I was carrying a drunk Mexican. They laughed at my funny story and asked if I wanted to come with them to party at this House club night a few blocks away. This “House club night” was on the side of town I never went to, because let’s be honest here…that side of town sucked balls. It’s where all the cheesy, uni types and rich corporate arseholes hung out. Imagine a street filled with wankers in slacks, topsiders and muscle shirts and don’t get me started on the men. Also, I had a drunk, semi-passed out Mexican to get home…so I politely told them I’d give it a pass, said my goodbyes and carried Alex the rest of the way home.

OK, I haven’t mentioned Joh once…but I swear I will get to her. I mean, this story is about her and I, yeah? Gimme’ a second… 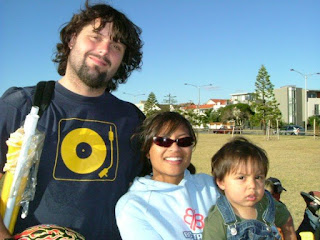 So I dropped Alex onto my couch when I got us home, gave him a bucket, bottle of water, blanket and pillow and started to get ready for bed. The only problem was that everyone in my house was out partying somewhere in San Jose and I felt like my night was kind of wasted, being only 11pm or so. Therefore, I did what any male would do in my place…I put my shoes back on, threw on some cologne and left my passed out friend unattended in a house he’d never been in before…with possible alcohol poisoning. 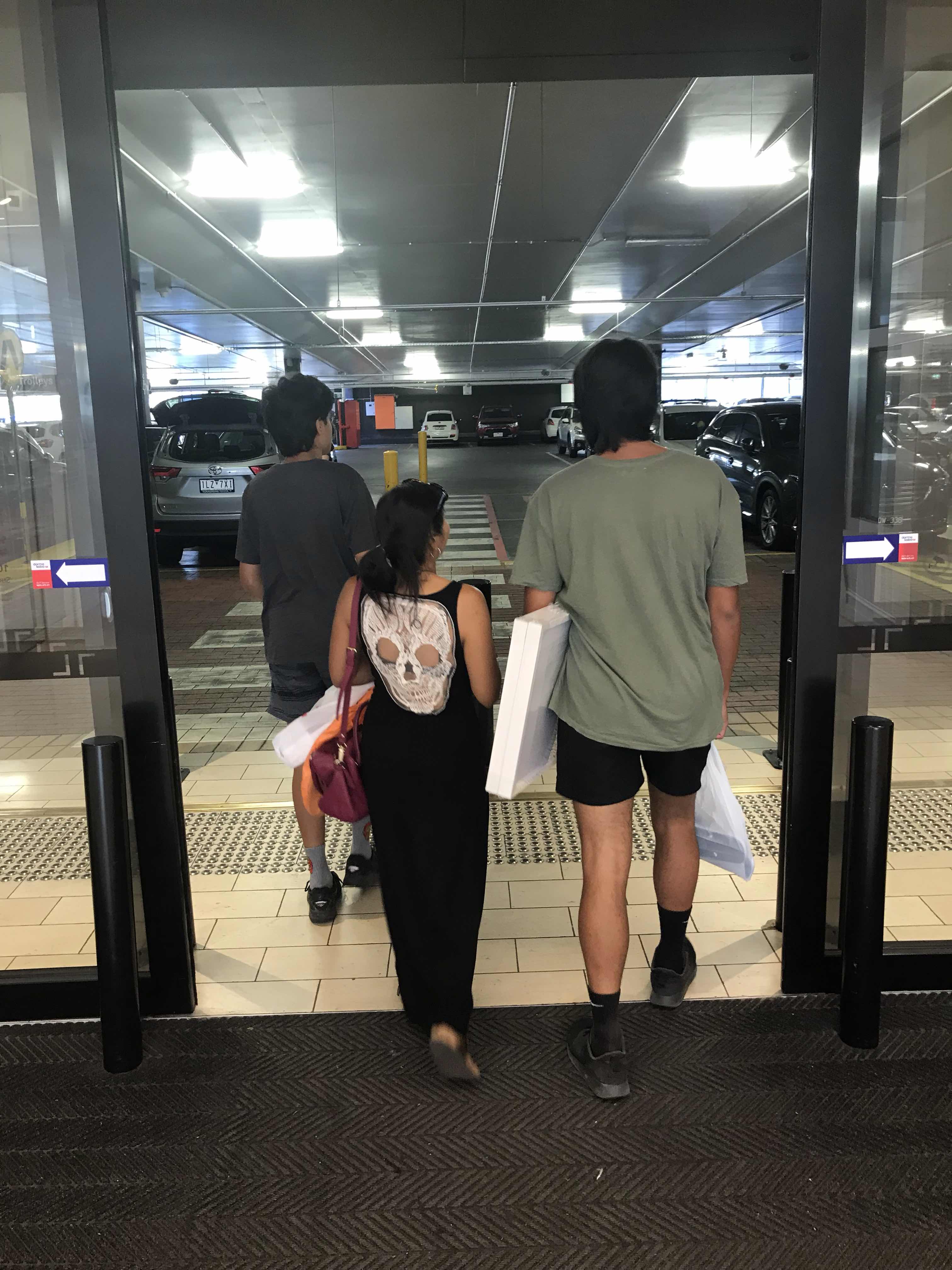 I immediately walked the 10 blocks to the ‘house party’ my mates had told me about only to find 300 people in line (including my two mates), so all 3 of us decided that we’d be better served going somewhere else. The only problem was that every venue on this side of town was shit and as it was getting close to midnight, we only had another hour or so to get a drink in (bars shut at 2am in the states). So we hit some really bad, TGIF-type establishment and happened to run into 2 of my flat mates. They told us that everyone else was at this place called Mission Ale House, which I’d purposely never entered into in my entire drinking lifetime, as they promoted bar dancing by nubile females in their early 20’s, which I felt was a bit sexist. But my mates weren’t having any of my shit, so we all walked the 2 blocks to this place (which was fairly packed). 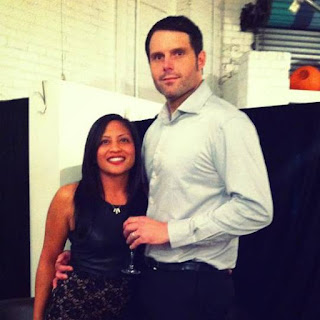 Upon entering this absolute, cheesy, meat market I spotted across the room quite possibly the most beautiful female I’d ever laid my eyes on. There would have been 300 people in that room, but it was like a shining light was highlighting this one female just for me. People call it the lightening bolt, whatever. All I know is that my eyeballs practically came out of my head…but, of course, I had to play it cool. My mate, Steve Vicari, who I’d run into at the last place nudged me immediately and said, “Dude, how hot is that Filipino chick over there?” He knew Filo’s cuz he was currently going out with 2 of them…maybe 3. Anyways, I knew I’d have to act quick if I wanted to get in before Steve, cuz he loooooved Filo’s. Still, I had to play it cool. So we all met up with my flat mates and their mates and there was quite a large group of us and our group eventually moved closer to the large group that the hot Filo was part of (I kept looking over at her to see if there was a dude attached and I was pretty sure there was. My mate Steve kept nudging me and telling me I should go talk to her, but I told him I thought she was with someone. He told me I shouldn’t care, but I wanted to play it cool (obviously, I wasn’t that cool). Whilst I was in a conversation about something educational based, Steve (the one who loved Filo’s) grabbed my arm and said to come with him and he quickly thrust me in front of, you guessed it, Johdean Damasco. 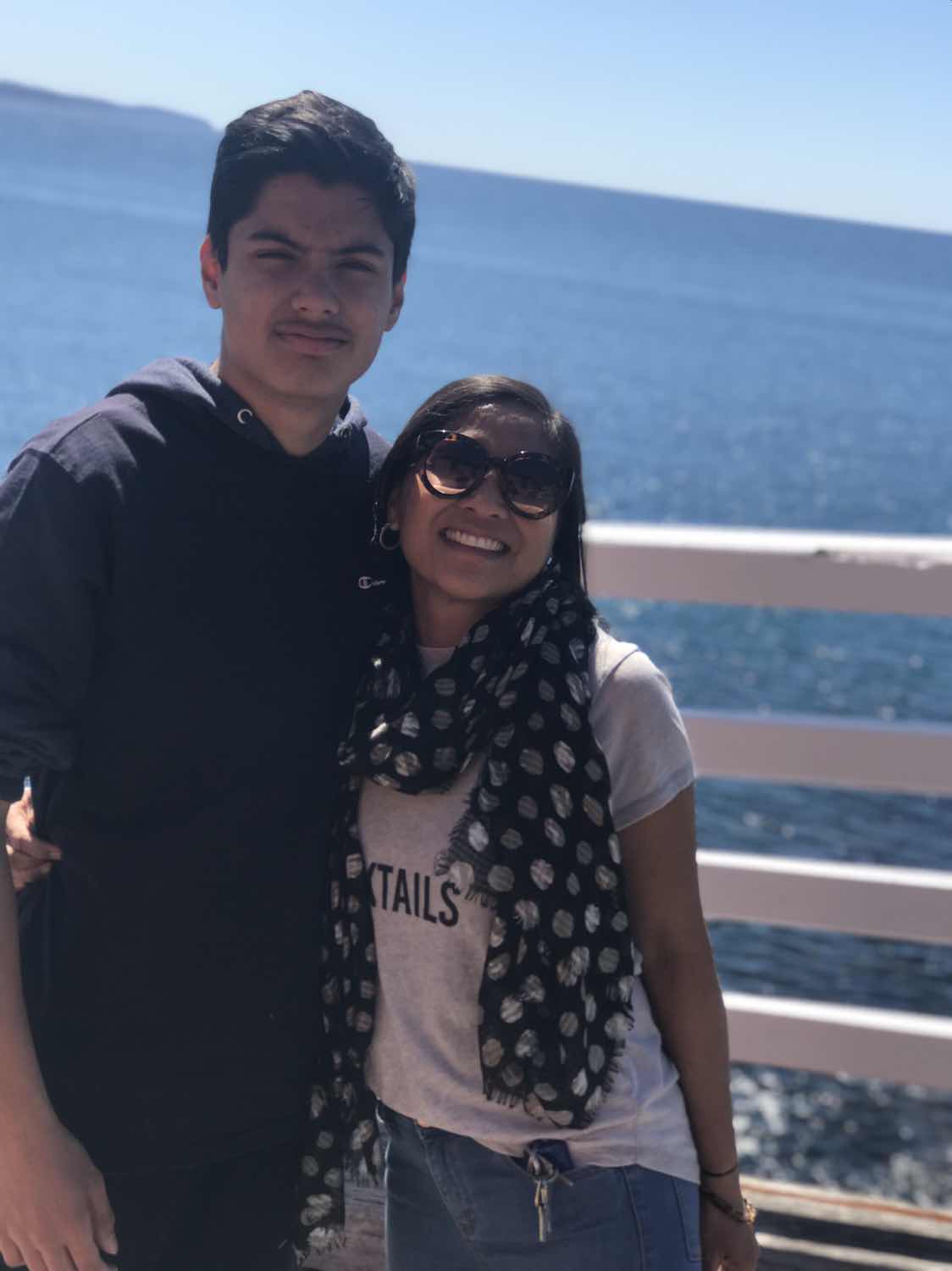 Anyone that knows me knows that conversation has always been difficult for me, as talking is not my strong suit…so I was at a loss for words. Jokes! I think I asked her if she came here often (I was hoping she didn’t) and the convo quickly turned to why she was here with all of her mates. It turned out this was a party to celebrate her return to the USA after a 3-month trip to Australia. She told me she was soon going to become a certified Chiropractor and that she’d accepted a position to practice in Australia the following year. I think she asked about what I did, which my answer would have sounded really boring compared to her story…as I was going to be a teacher in California (woop woop). 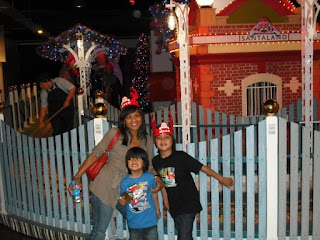 But we talked for about 45 minutes and before you know it, the bar was shutting down. So I did what someone in my position would do, I asked for her phone number so we could talk some more. She refused politely and told me she didn’t give her number out. Adding insult to injury, she told me I could give her my phone number and she would call me sometime. Yeah right!!! So I refused politely and told her I didn’t give my number out (money move) and thanked her for the good conversation and said my goodbyes as my mates grabbed me to leave. Well, I wasn’t 2 feet out the front door before she ran outside and thrust a piece of paper into my hand with her number on it and told me to call her.

I told you, money move! Kids at home, take note. 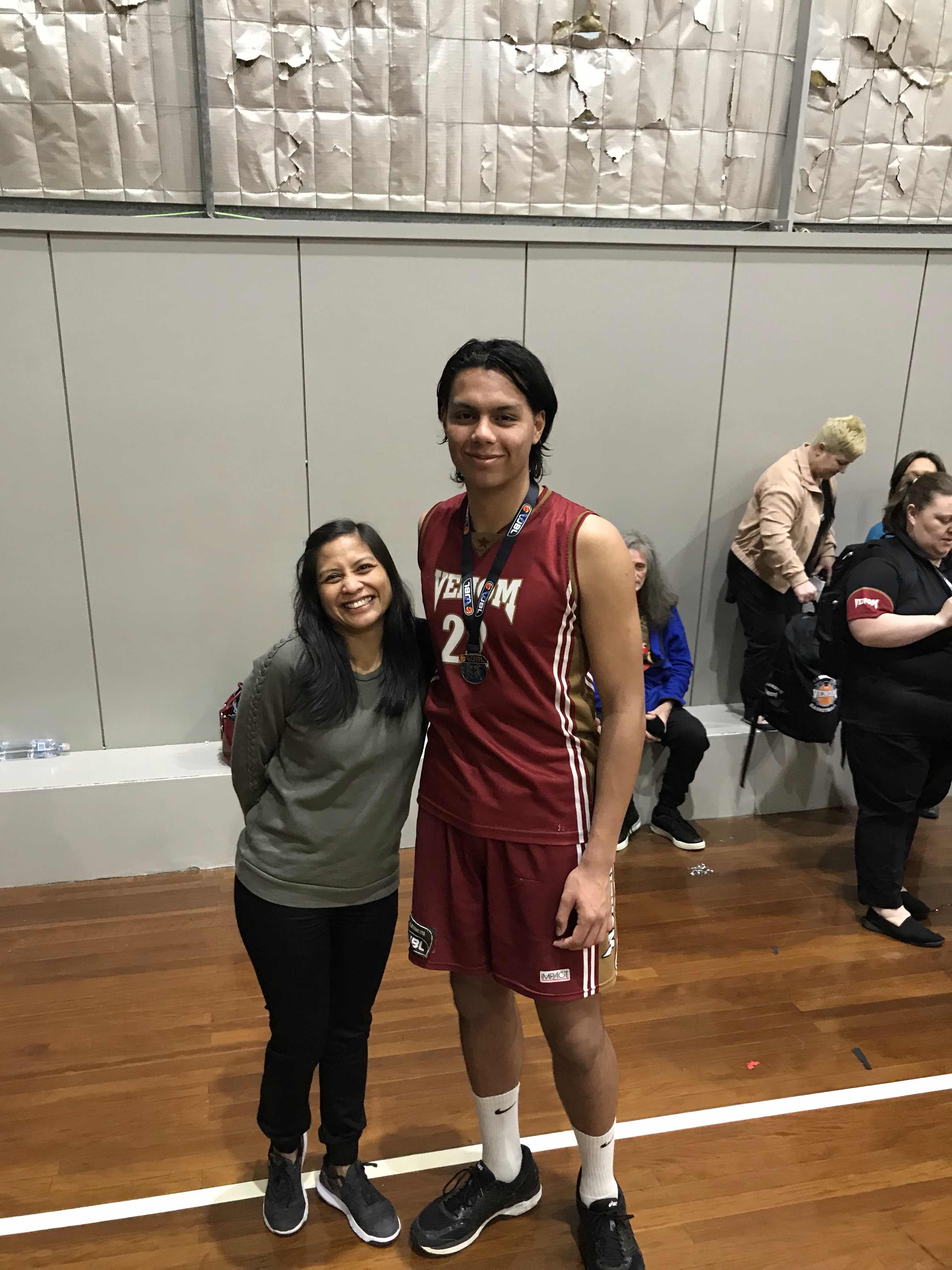 So I did what anyone in my position would do…I waited 10 days to give her a call and it took us 2 months of phone calls before we finally went out on our first date. The rest, they say, is history. 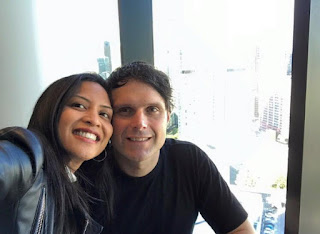 I moved to Australia 9 months after she did, we had Zach (our first son) one year later to the day almost, tried to buy a practice, had the rug pulled out from under us, I had the brain tumour while Joh was pregnant the second time, we had Hendrix, we bought a practice and have “quietly” lived a life I wouldn’t trade for anything. Johdean is the strongest willed, most giving, caring and loving woman I have ever known. She wont budge if she feels strongly about something, loves buying shoes, hand bags, clothes, food, electronics…hell, she loves buying anything and she truly cares about people. If you’re her mate, she will do anything for you…no questions asked. She loves the little things in life and can find happiness in just about every conceivable scenario. Nobody meets Johdean and walks away not loving her and she is, without a doubt, the greatest thing that every happened to me. 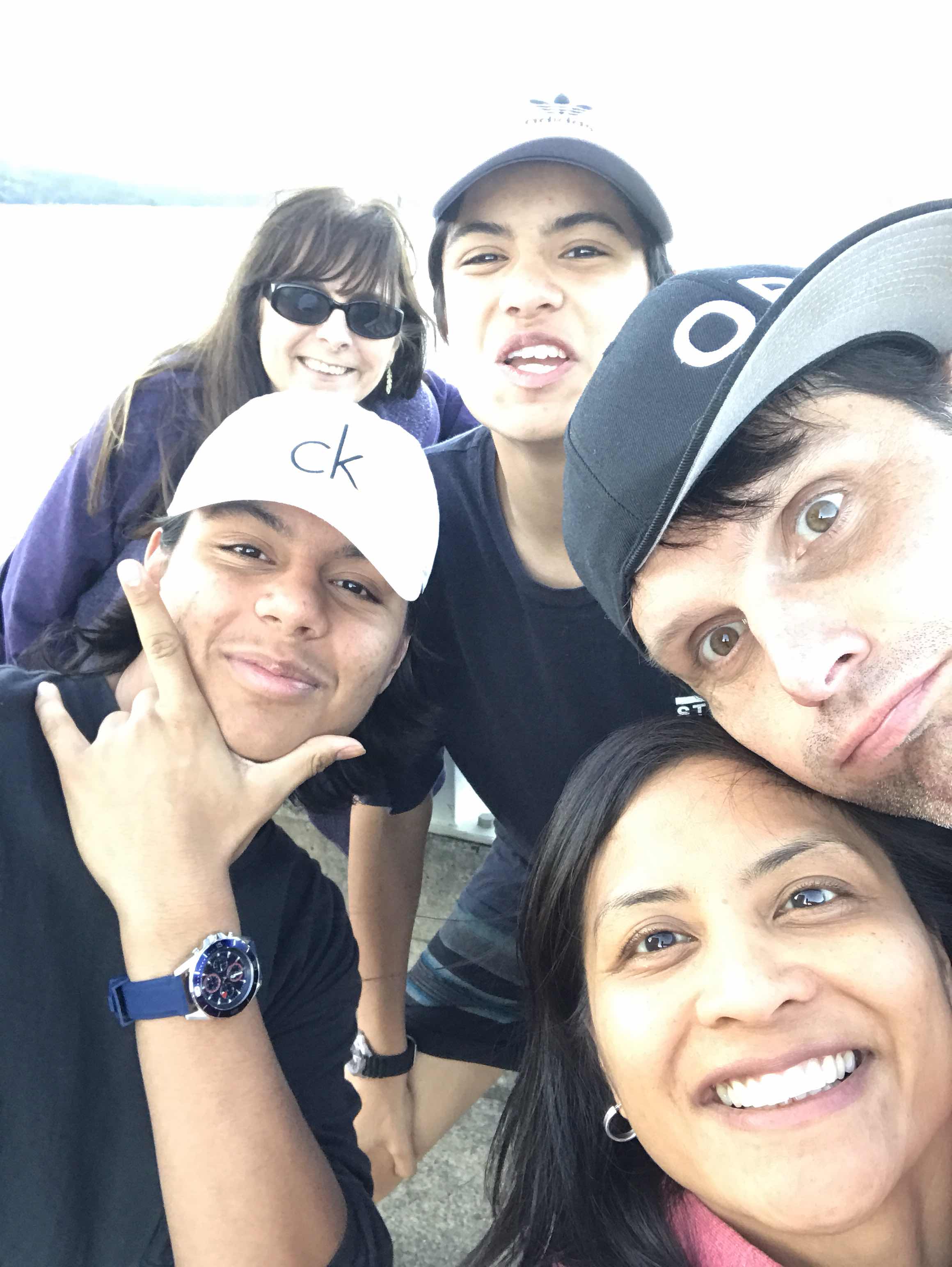 
Eric
Posted by OBLIVEUS at 4:56 AM No comments: 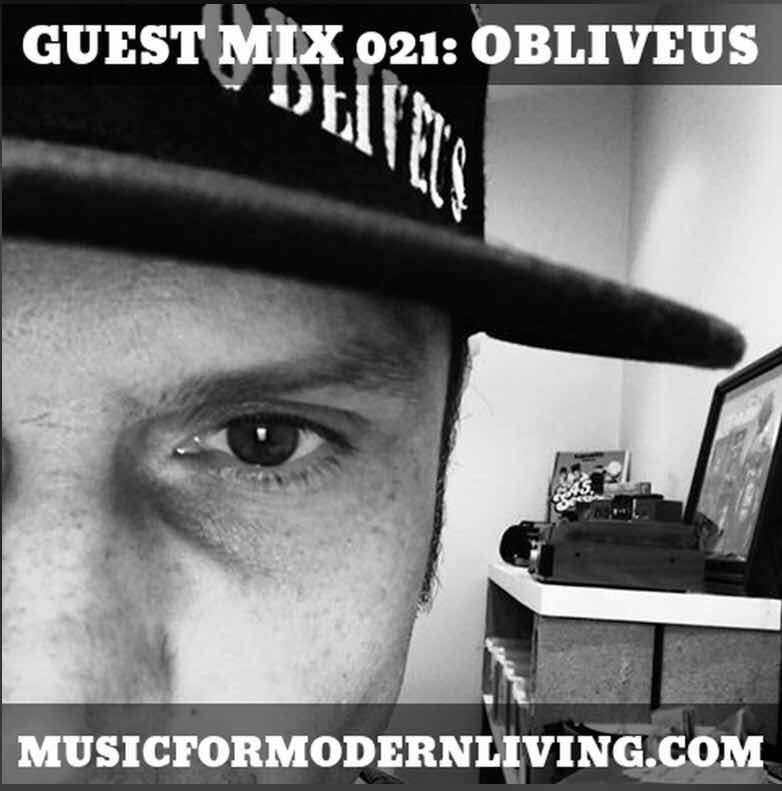 So I was super stoked when the folks at Music For Modern Living asked me to make a mix for their blog/Mixcloud page as I listen to their shows a lot and respect what they do. Variety is the spice of life and they’re defintely eclectic.

So I took this eclecticism to heart and made a mix like I’d play (and do play) in clubs. Gigs where I have to open proceedings by providing the chilled back drop where everyone is sitting around drinking and chatting. Of course, it always picks up so I do that, too...just like I did with this mix.

Rather than resort to simple cheese to keep the party going, I felt this one needed to stay a lot more “cool” so I keep it strictly on the funk, boogie, hiphop n bboy Breaks tip.

Posted by OBLIVEUS at 4:12 AM No comments:
Newer Posts Older Posts Home
Subscribe to: Posts (Atom)